On November 11, 1911, 21-year-old Jay Zucker, the second eldest son of a working-class family in Cleveland, Ohio, started State Chemical Manufacturing Company. He began the company with a $75 investment and a single product - a floor-sweeping compound. Through hard work and perseverance, State built a foothold in Cleveland and started to slowly expand into other parts of Ohio. As the scope of operation grew, so did the product offering and number of employees.

In 1966 State expanded to a new headquarters and manufacturing facility on Hamilton Avenue in heart of Cleveland’s manufacturing district. In 2010 State acquired the 200,000-square foot Hebron Ohio manufacturing plant that remains the epicenter of the production business. In 2012 the corporate offices expanded into a dramatic art deco office in Mayfield Heights, Ohio. 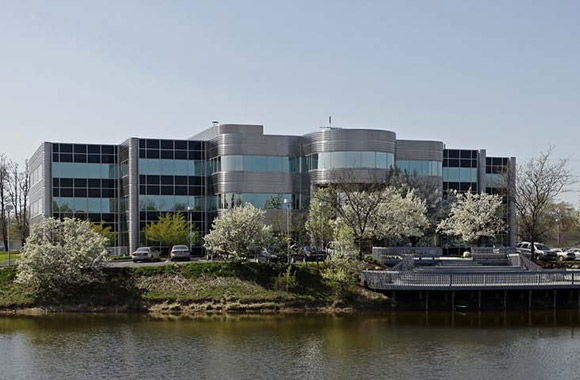 State Industrial Products current corporate office located in Mayfield Heights, OH.
We use cookies to offer you a better browsing experience, analyze site traffic, personalize content and serve targeted ads. Please review how we use cookies here – Privacy Policy. By using our site, you consent to our use of cookies and you have reviewed the Terms and Conditions of Use and consent thereto.